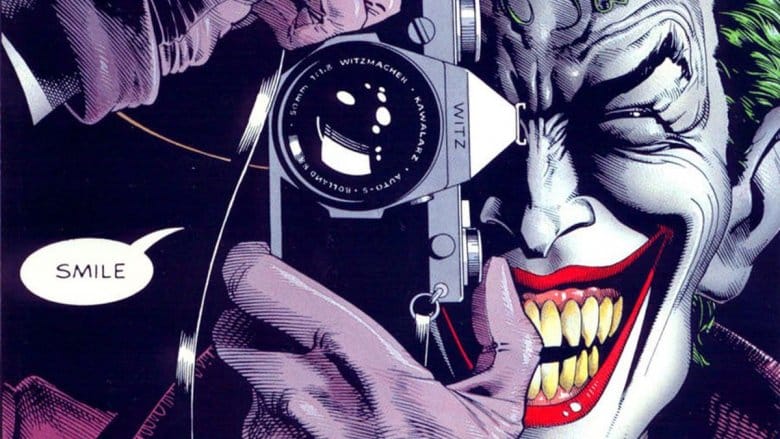 Here we have selected the 20 best superhero movie villains from the Marvel and DC Universes for you and have ranked them from least important to most important based on the last 20 years of comic books and comic book movies (animated & live action) by Marvel and DC. These superherp movie villains are known for their twisted evil plots and prevalence in their universes. Many comic book movie fans and new comic book readers don’t exactly know their favorite villains’ origins so we decided to make a simplified list that explains our top 20 supervillains’ origins with pictures and the comic book issue they first appeared in! 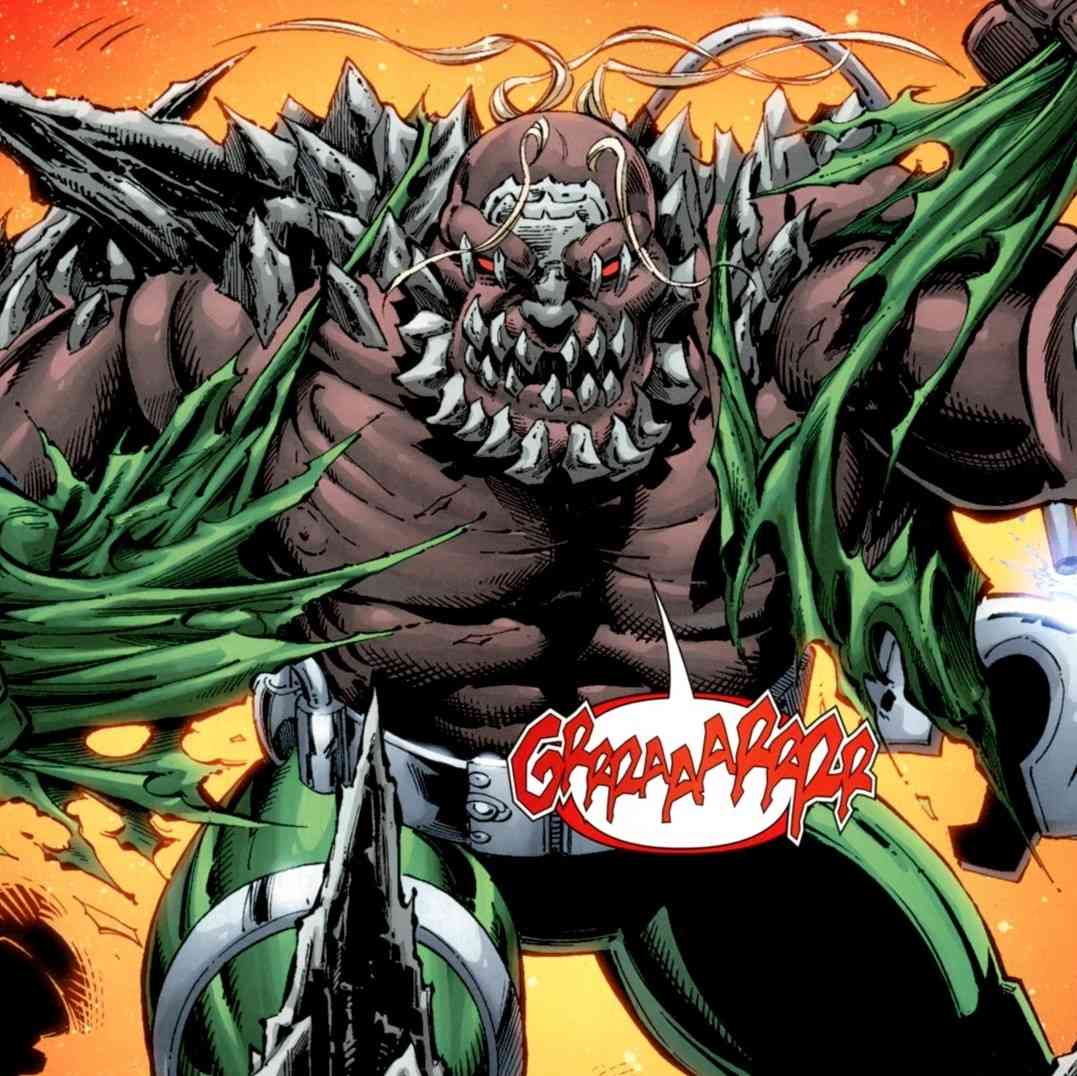 A hate-filled monster genetically-engineered in the days of prehistoric Krypton. In a cruel experiment intended to create the perfect living being, the alien scientist Bertron released a humanoid infant onto the surface of the planet, where he was quickly killed by the harsh environment. Over decades the baby’s remains were collected and used to clone a stronger version, repeating the process over and over again to accelerate the natural evolution of Doomsday. He’s best known as being the only supervillain to kill Superman. 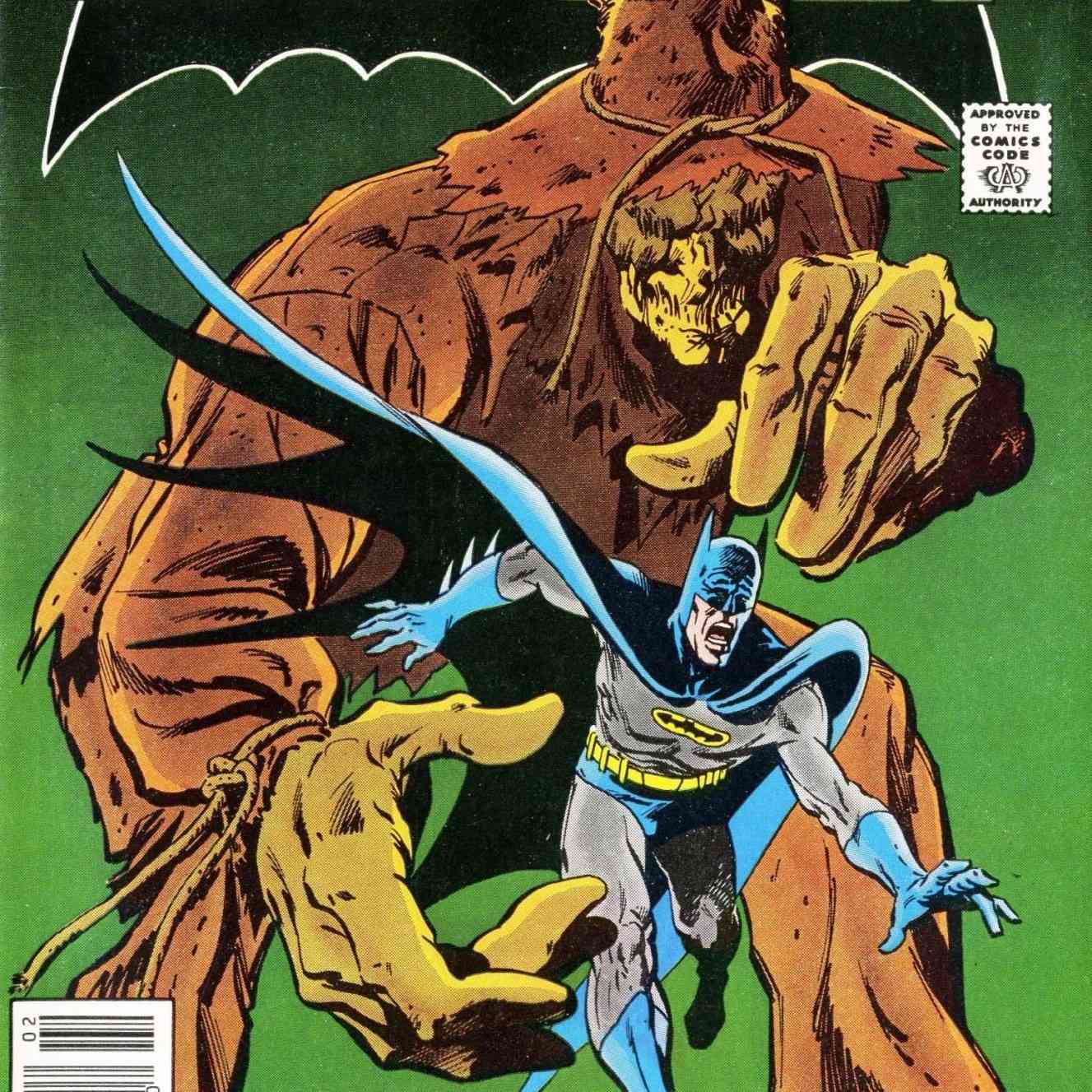 The Scarecrow is first introduced as Jonathan Crane, a professor of psychology, who turns to crime after he is fired. Shunned by his fellow professors for his appearance and reclusiveness and without a job, he turned to crime to make himself part of the social elite. He is well known for his use of fear gas. 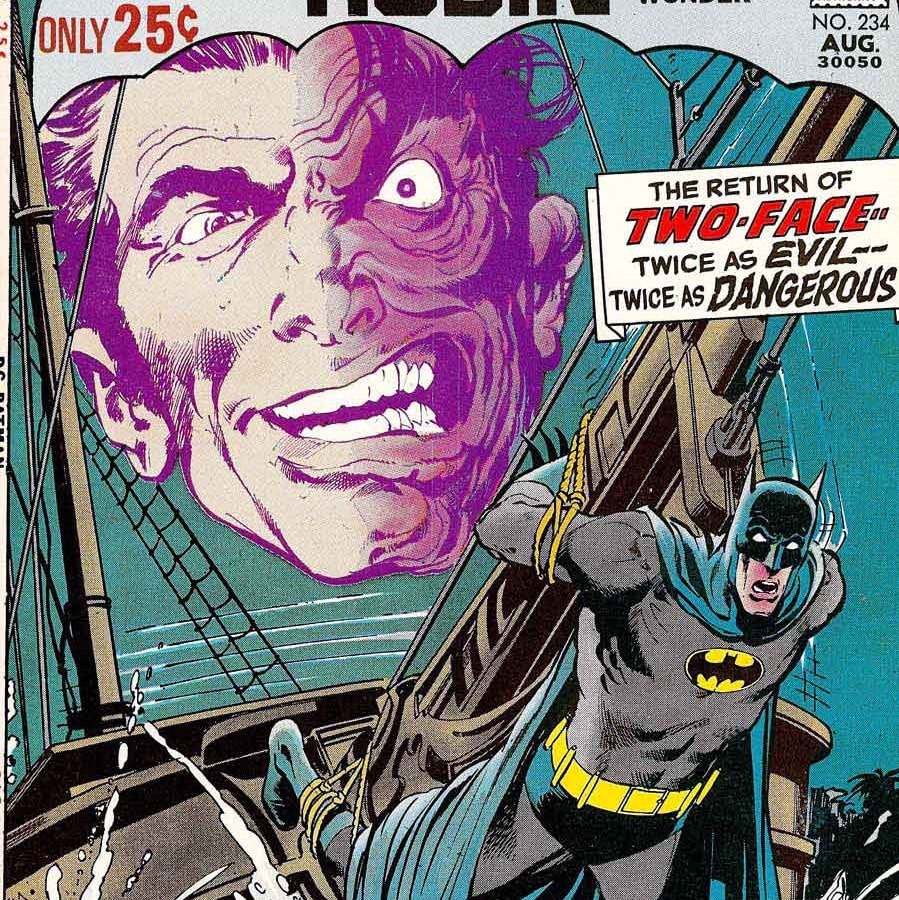 Harvey Dent also known as the villain Two Face was once the District Attorney for Gotham City. Harvey Dent was scarred all down the left side of his face after mob boss Sal Maroni throws acid at him during a court trial. He then goes insane and adopts the Two-Face persona, becoming a criminal obsessed with the number two, the concept of duality, and the conflict between good and evil. He is best known for flipping his lucky coin to decide someone’s fate. 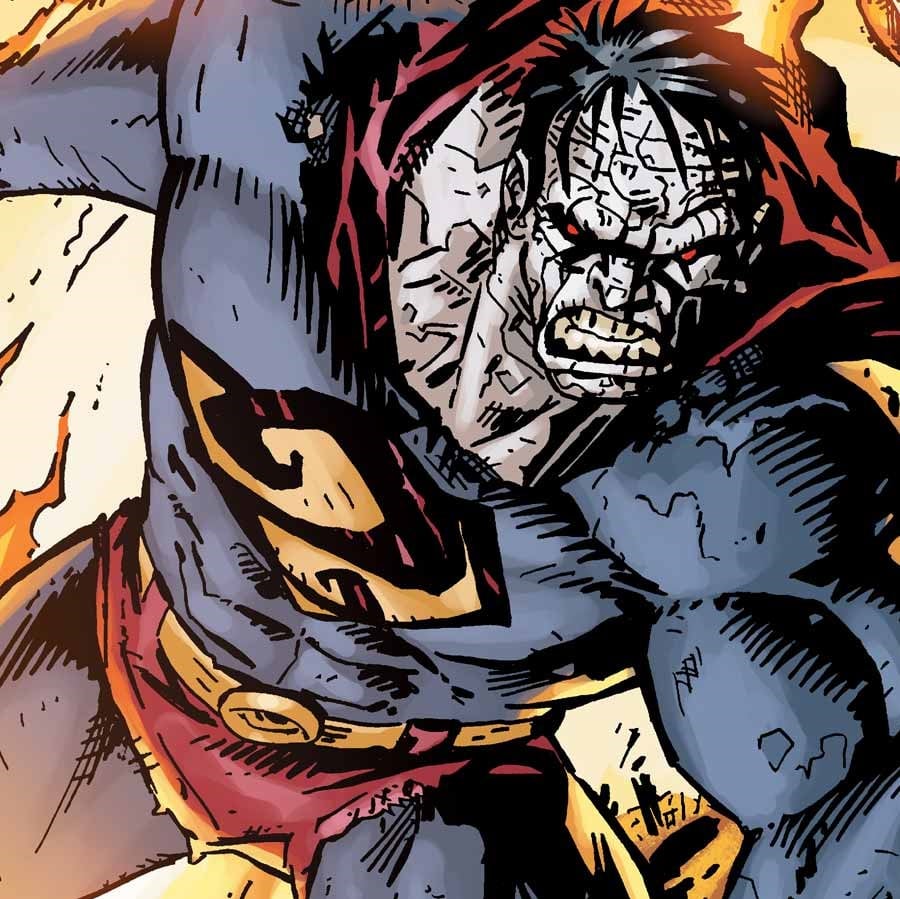 Bizarro is the alter ego clone gone wrong version of Superman. He was created by Lex Luthor and doesn’t fully understand himself. This makes Bizarro a dangerous villain as he acts just like a child with all of Superman’s powers. He has also been manipulated by villains against Superman many times. As of late he is actually a superhero fighting alongside Red Hood. 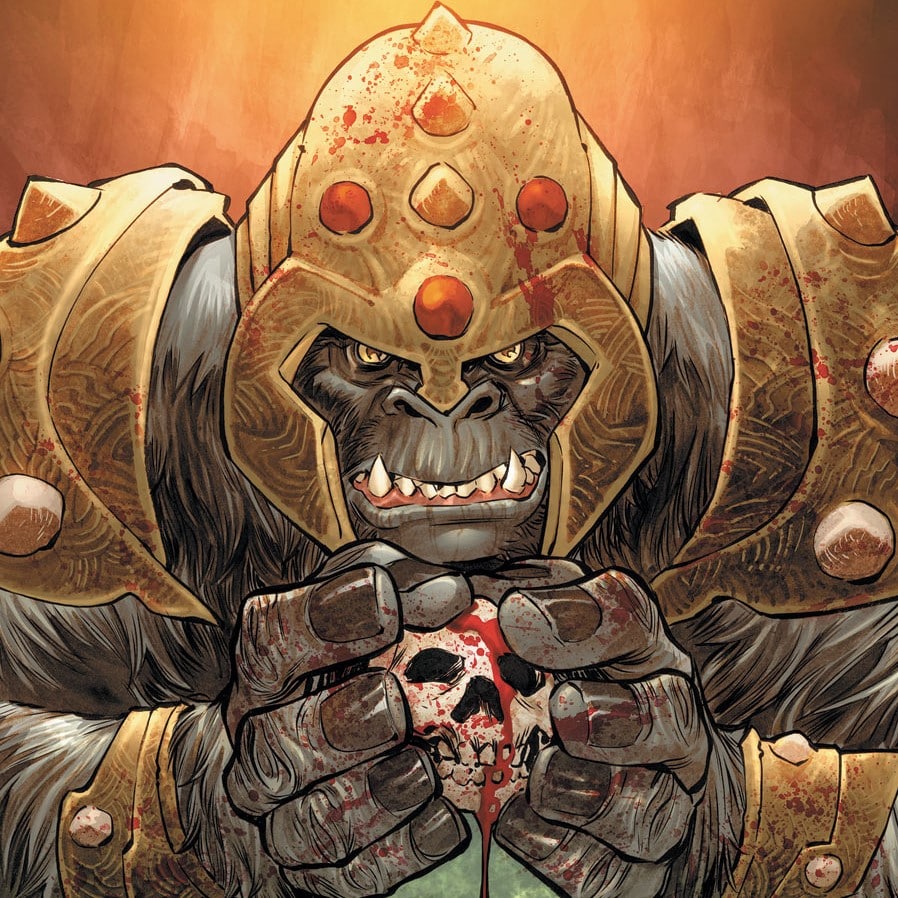 Grodd was an average gorilla until an alien spacecraft crashed in Grodd’s African home. Grodd and his tribe of gorillas were given super intelligence by the spaceship’s pilot. Grodd also developed telepathic and telekinetic powers. He is best known for his superior intelligence and sophisticated plans. 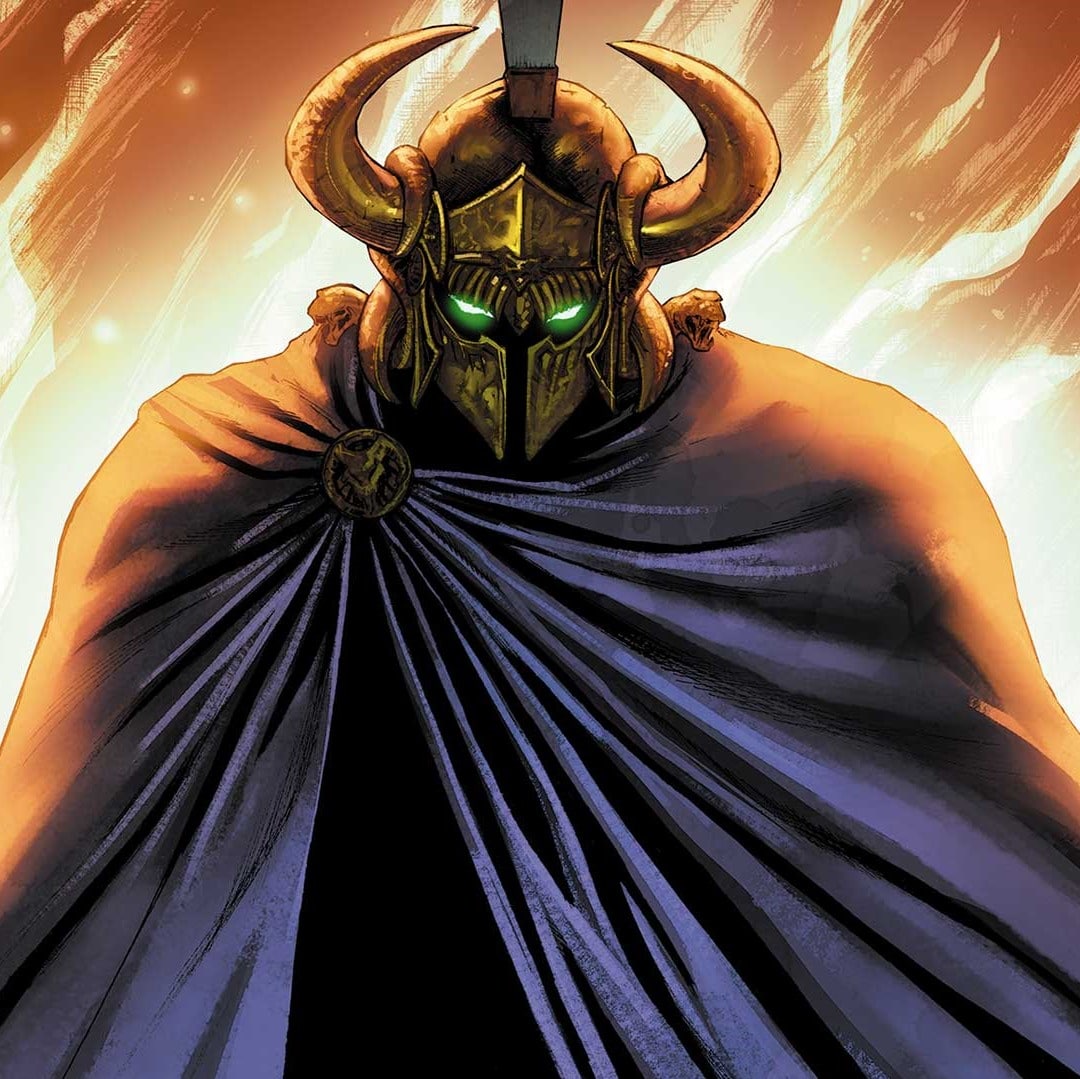 The Greek god of war is a twisted figure who was born in Olympus. His only desire from youth was to engage in violence. He was jilted by the amazon queen of Themiscera and banished to Hades. When he was released by Hades, he set out to destroy the Amazon world and was defeated by Wonder Woman. In another telling, he is also a leader in the German Army in World War I and was also defeated by the Wonder Woman. 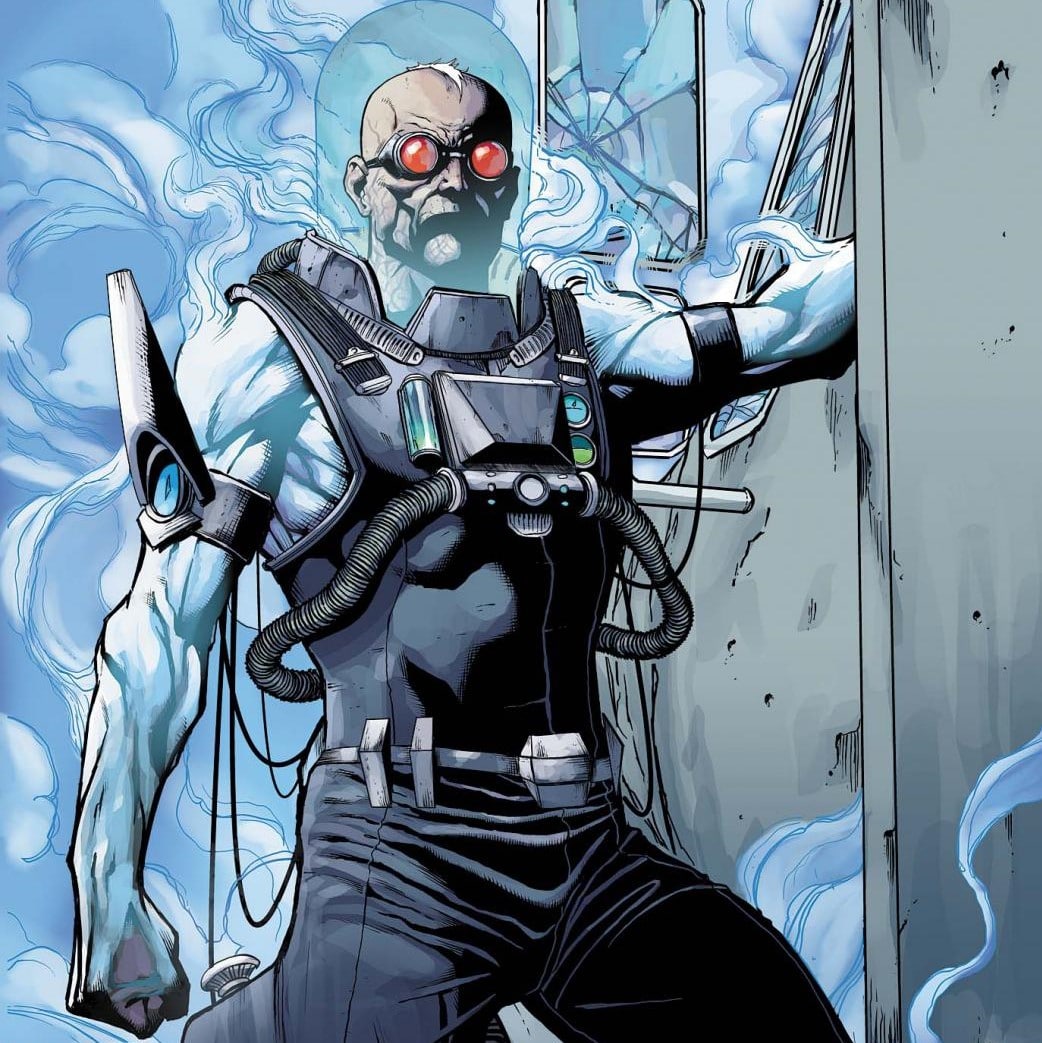 Mr Freeze was respected Dr Victor Fries who wanted to heal his wife. The doctor did all he could but the results were not coming. He tried the experiment on himself at one point and became Mr Freeze. He is one of the few superhero movie villains that easily draws sympathy because of the undying love he has for his wife. 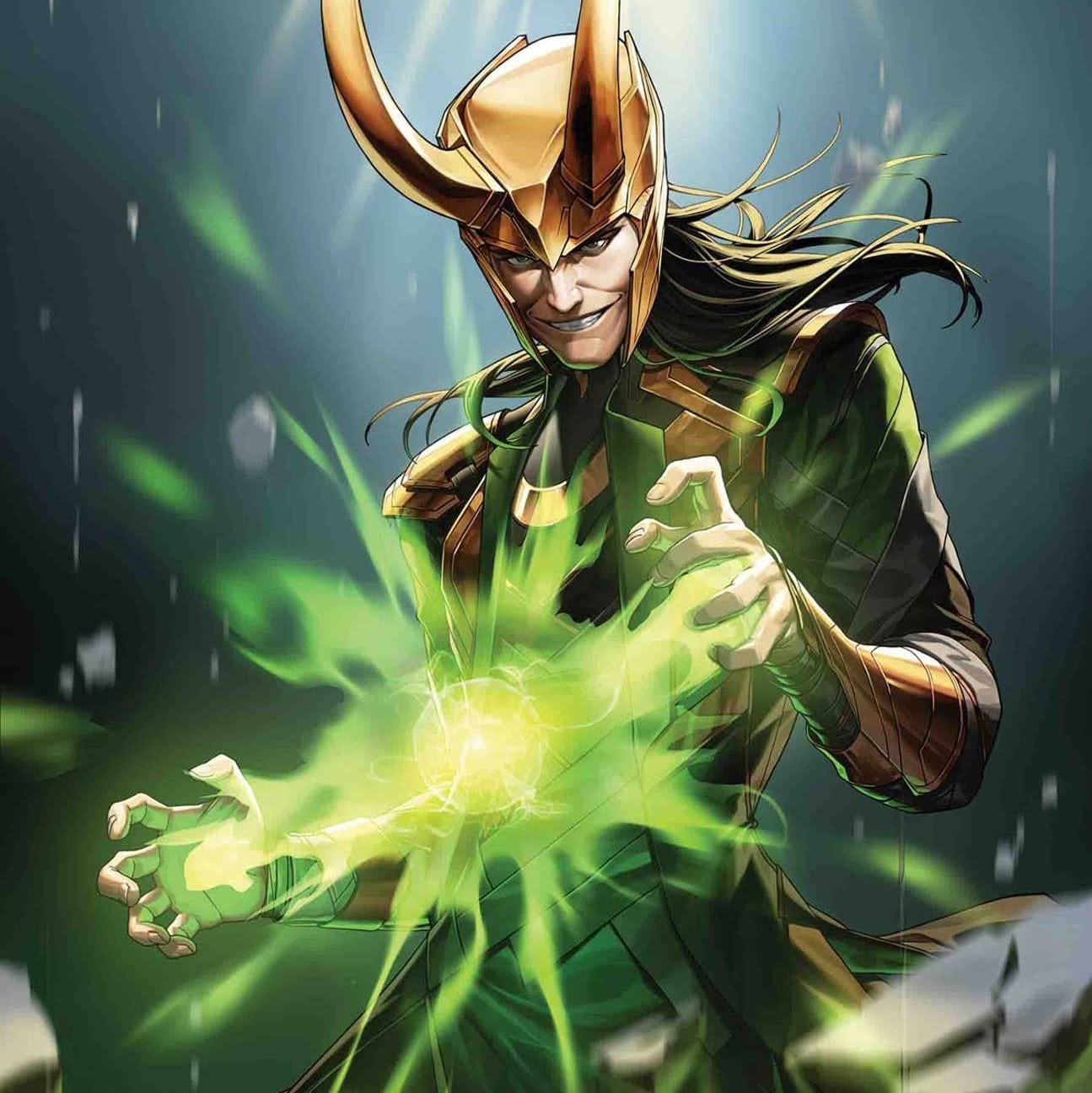 The god of mischief was raised in Asgard alongside Thor Odinson. Loki discovered that he was born of another race of Jotunheim frost giants when the safe of Asgard was attacked. The giants tried to retrieve the Tesseract but were quickly decimated. This made Loki to turn against Odin, his guardian since infancy. He also tried to destroy Asgard and its heir, Thor. 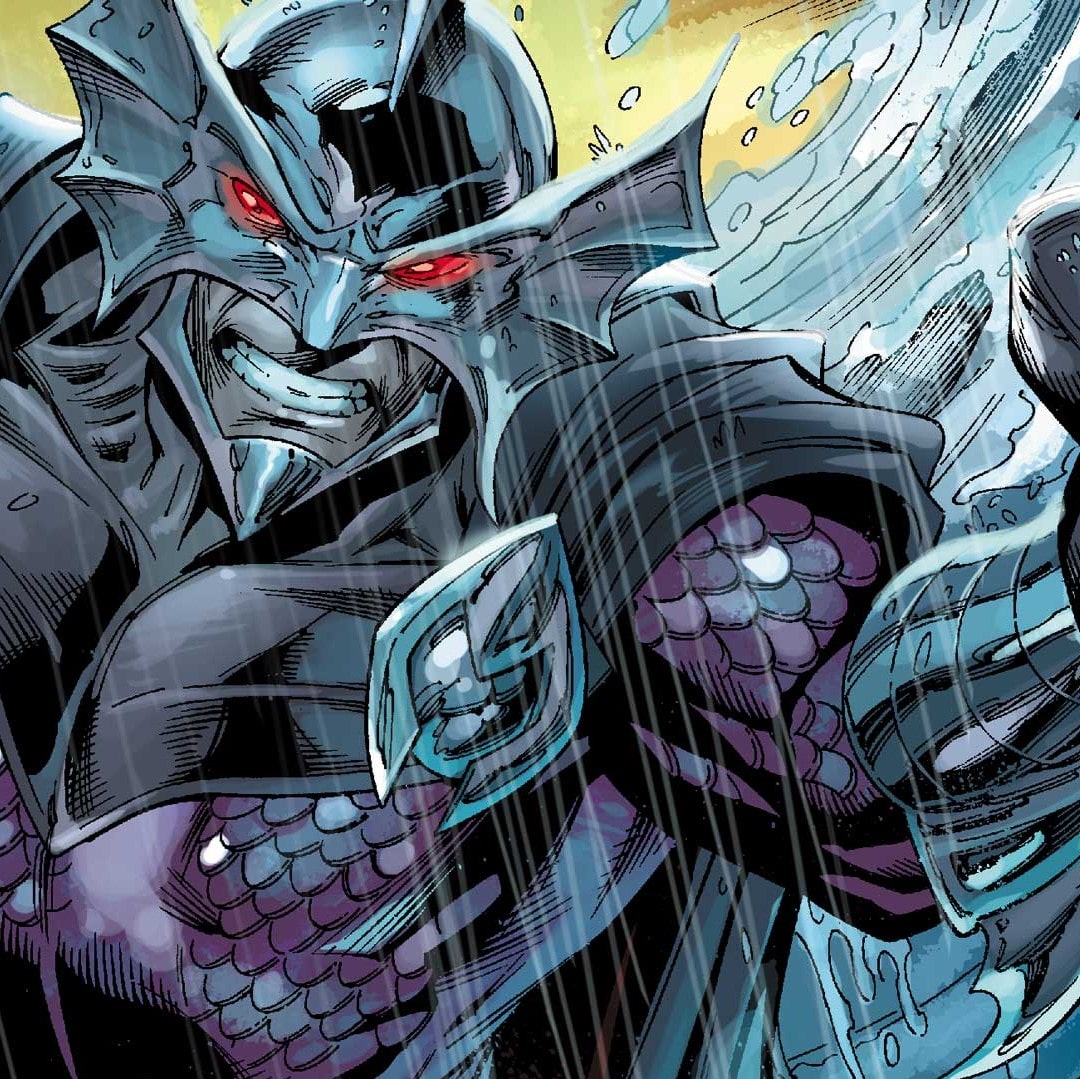 The Ocean Master was groomed to be king of Atlantis. He was distraught when he found out that Aquaman is the rightful heir to the throne. Oceanmaster made several attempts to eliminate Aquaman. Aquaman eventually defeated him with the trident of Atlan. 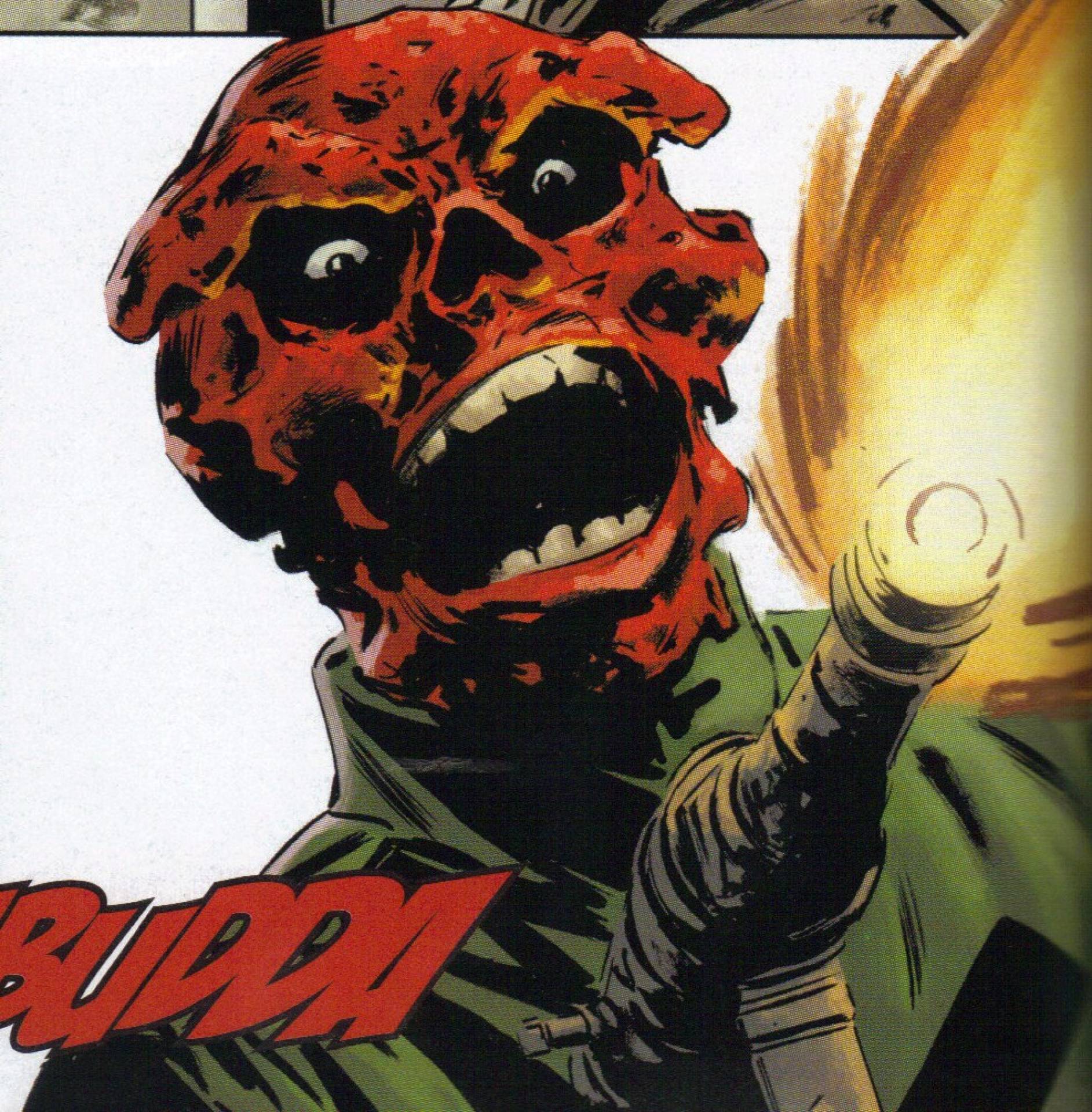 Red Skull is Captain America’s arch-enemy and a Nazi wartime general. He was trained personally by Adolf Hitler to become his right hand man. Red Skull was given a uniform with a red skull mask by Hitler at the end of his training. 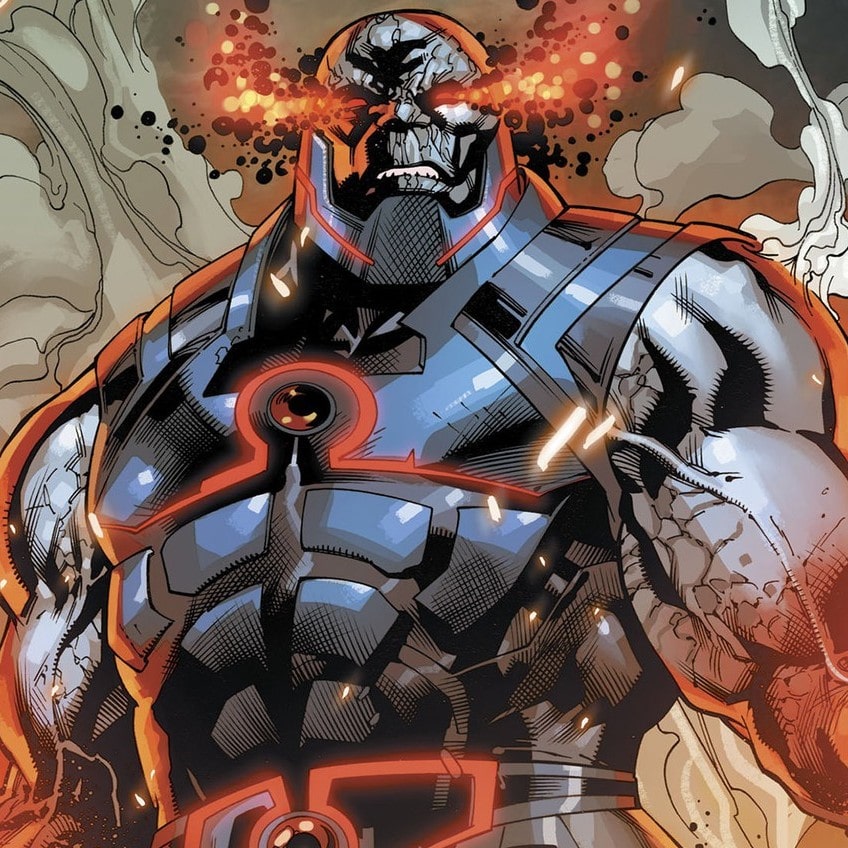 Darkseid grew evil from a tragic love story. He was in love with Suli but she was poisoned a short while after their son was born. Darkseid grew mad and orchestrated events which killed off all his family members. This made him the sole ruler of his home planet, Apokolips. He also gained powers which he used to wreak havoc on the galaxy till the Justice League came along. 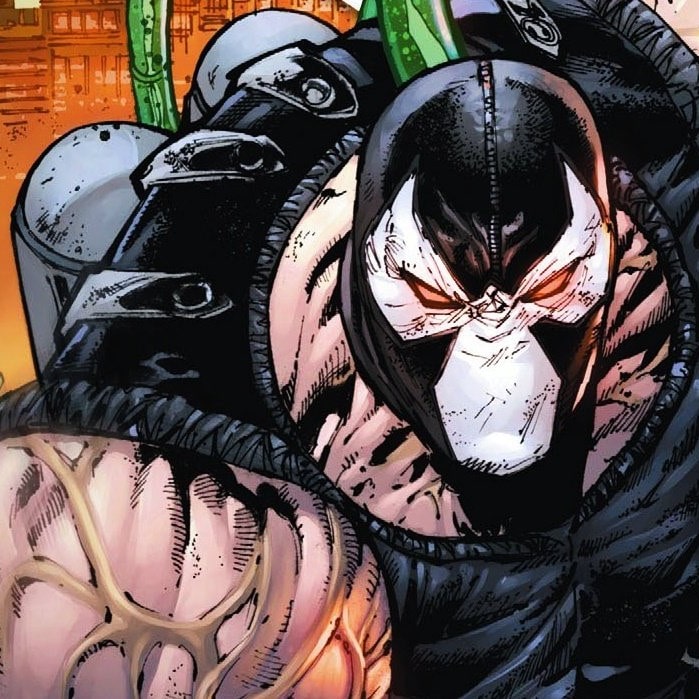 The anarchist was born in prison. His mother was imprisoned to pay for his father’s sins. Bane grew studious in his early years in prison. He worked on his physical ability while in prison. He was experimented on and grew to be The Man Who Broke the Bat.

Ra’s Al Ghul was born into an aristocratic Arabian family and had a wealthy upbringing. He had an obsession with balance from a very young age. This made him develop a plan to kill off a large percentage of the world’s population. 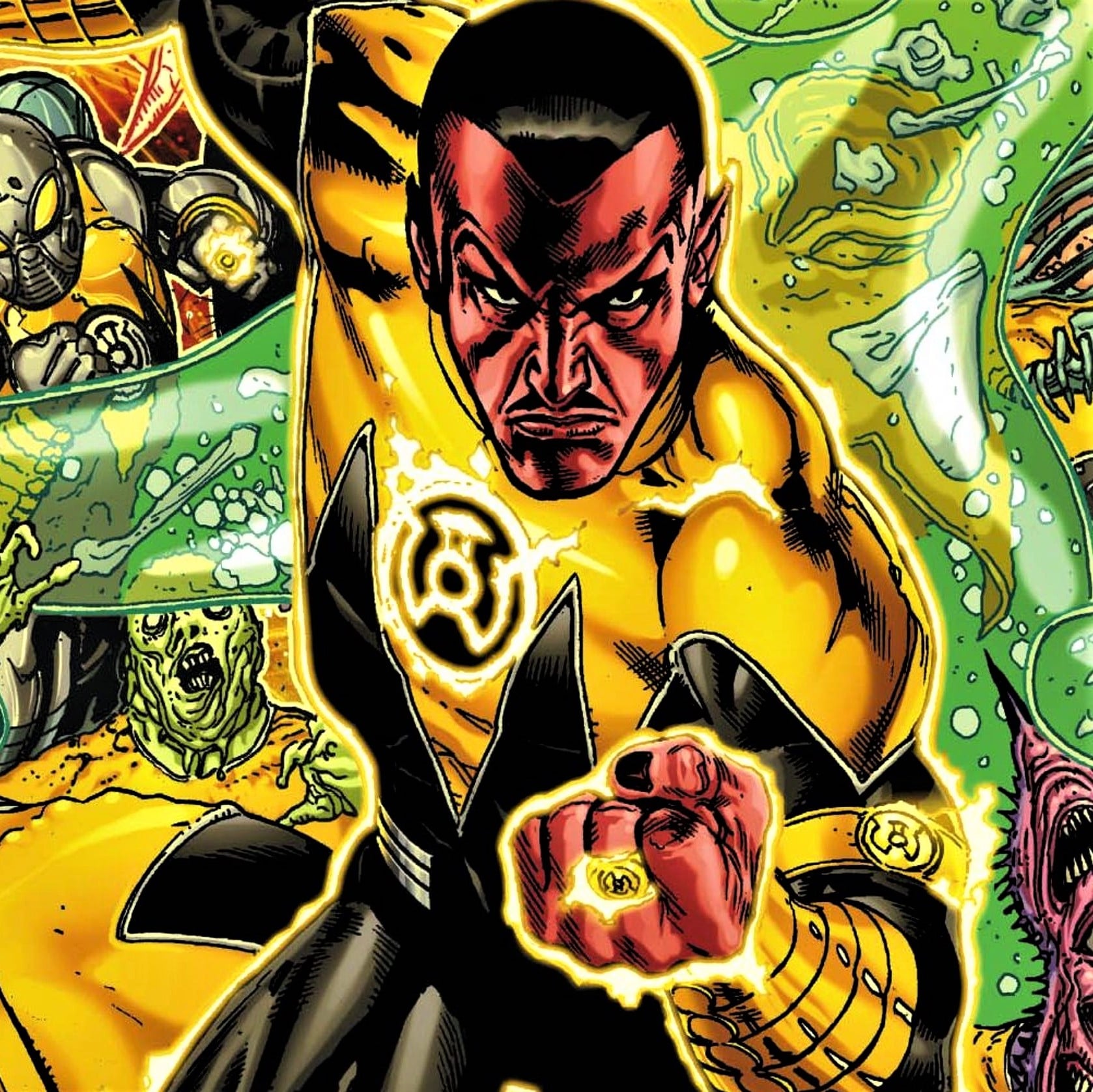 Sinestro was a Green lantern for many years. He was also a respected elder among the Green Lanterns until he was banished. Sinestro transformed when he created the Yellow Lantern chamber where he developed the power to drain life out of anything that has fear in it. 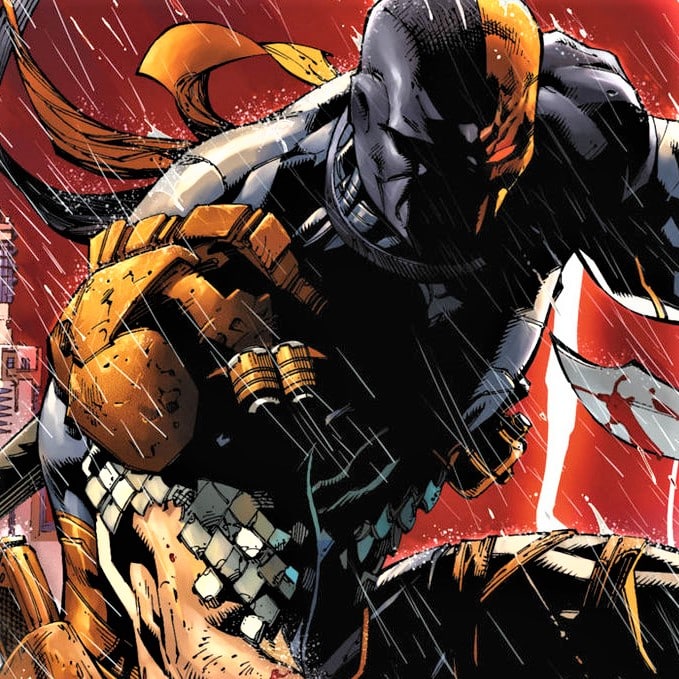 Slade Wilson aka Deathstroke was a member of an Australian elite military unit. He went on a mission on an abandoned island and was captured and tortured for years. He was also experimented on with a substance called Mirakuru which gave him super strength and agility. He is one of the superhero movie villains who is constantly at odds with the Green Arrow, Teen Titans, and Robin. 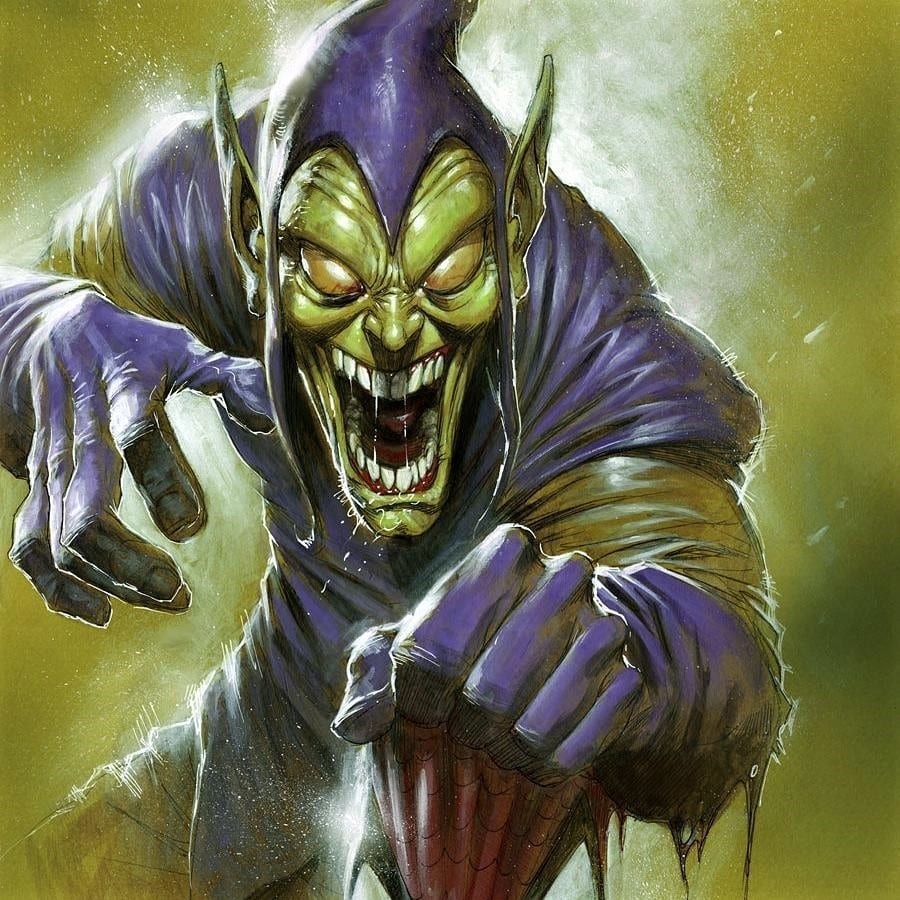 The Green Goblin was a successful scientist, Norman Osborne. He had to self-test an experiment when he was threatened by his financiers. This gave him freakish strength and agility. He also used his science to create dangerous weapons against his greatest foe, Spiderman. One painful truth was that the Goblin was the father to Harry Osborne, Peter Parker’s best friend. 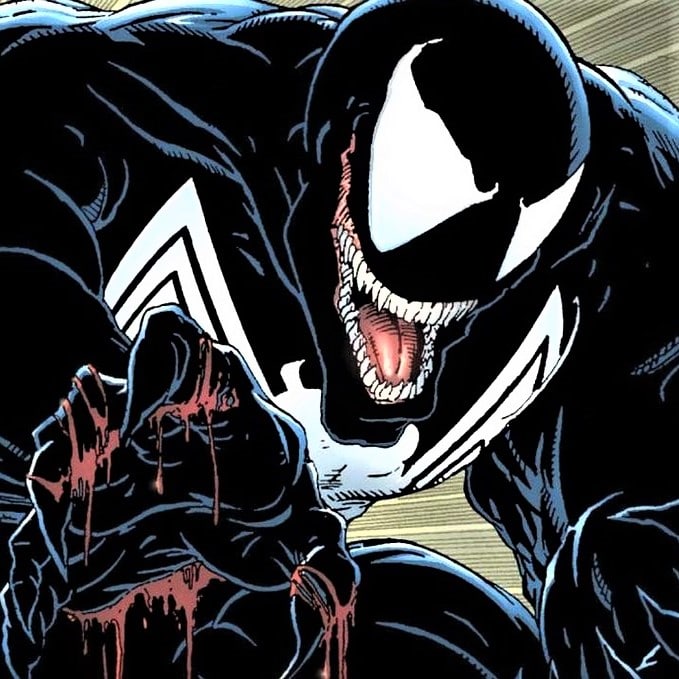 Before joining with the venom symbiote, he was just an ordinary guy who was looking to make a living. He was infected by a foreign substance which gave him superhuman strength and agility. This also made him to come in constant conflict with Spider-man. The infection also needed him to consume humans regularly. 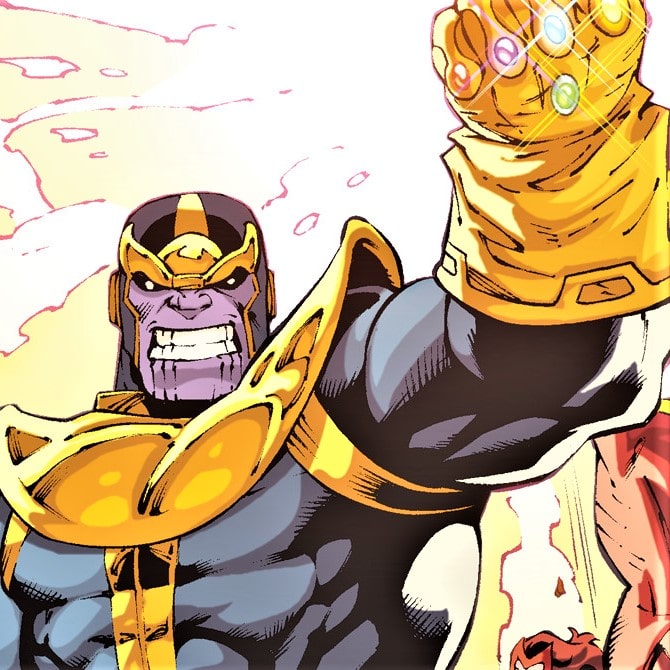 The Mad Titan is one of the villains of all time in the MCU. Thanos was a pacifist in his early years on his home planet, Titan. He was freakishly big at a young age. He also had great strength. This made Sui-San, one of Thanos’ parents to unsuccessfully try to murder him. This changed Thanos and drove him towards nihilism. He had a turning point when he fell in love with Mistress Death. He was also an avid reader, and had advanced scientific knowledge from an early age. 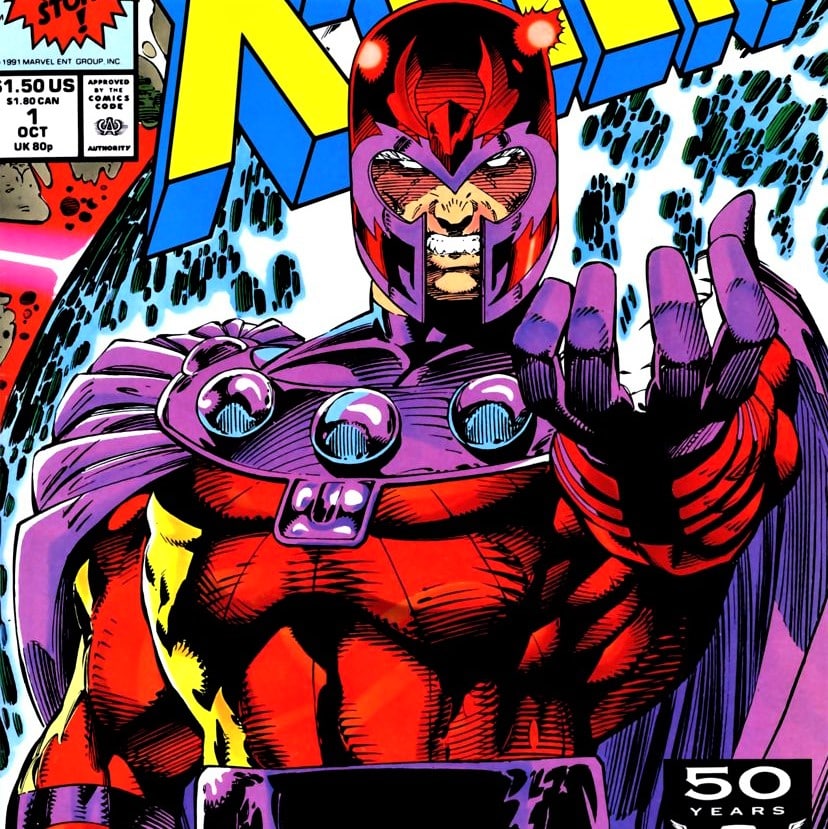 Magneto was traumatised from a very young age. He witnessed the death of his family in a death camp in World War II. During these horrible events, he noticed he had the power to control metal. This made Magneto much stronger and turned him into one of the strongest superhero movie villains in the Marvel Universe. 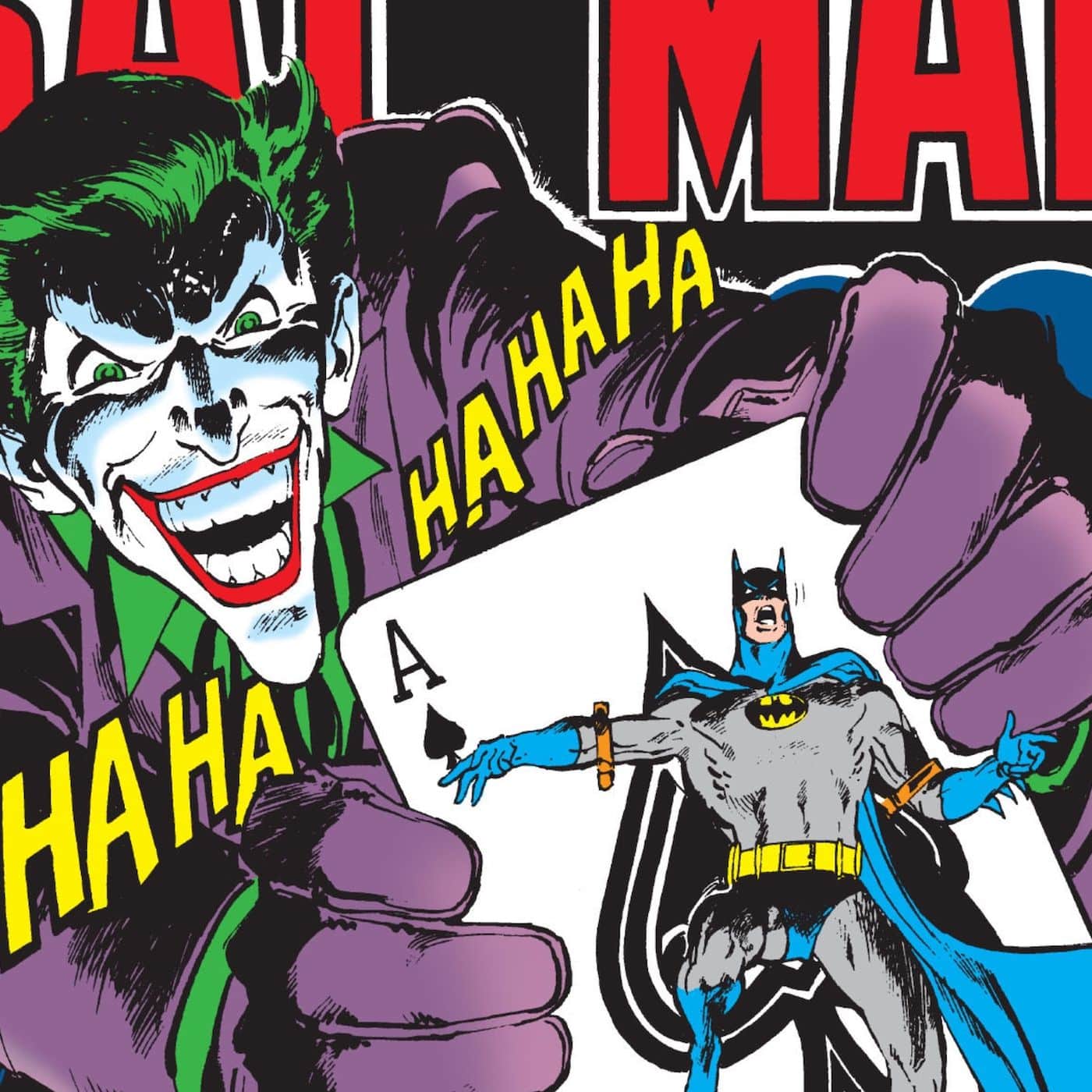 Joker’s origin was told in Detective Comics #168 (February 1951), nearly a decade after the character’s debut. In this origin story, Joker is a laboratory worker who becomes the Red Hood (a masked criminal) to steal a million dollars from his employer and retire. He falls into a vat of chemical waste when his heist is thwarted by Batman, emerging with bleached white skin, red lips, green hair and a permanent grin.

The joker explains, “I was a lab worker, until I decided to steal $1,000,000 and retire! So I became The Red Hood! Finally, I reached my goal – by stealing from the Monarch Playing Card Company. My hood’s oxygen tube enabled me to escape by swimming under the surface of the pool of chemical wastes.” The joker didn’t realize the effects of the chemicals until he got home. He then decided to use his looks to his advantage and name himself the Joker after the playing card he most resembled.

GIVE THE GIFT OF AWESOME COMIC BOOKS EVERY MONTH TO A FAMILY MEMBER OR YOURSELF!