Make money investing in comic books and flipping comics from the comfort of your home. Comic book investing made easy! Comprehensive step-by-step guide for how to invest in comic books with Regular Updates & What To Buy Lists.

GET THE GUIDE NOW 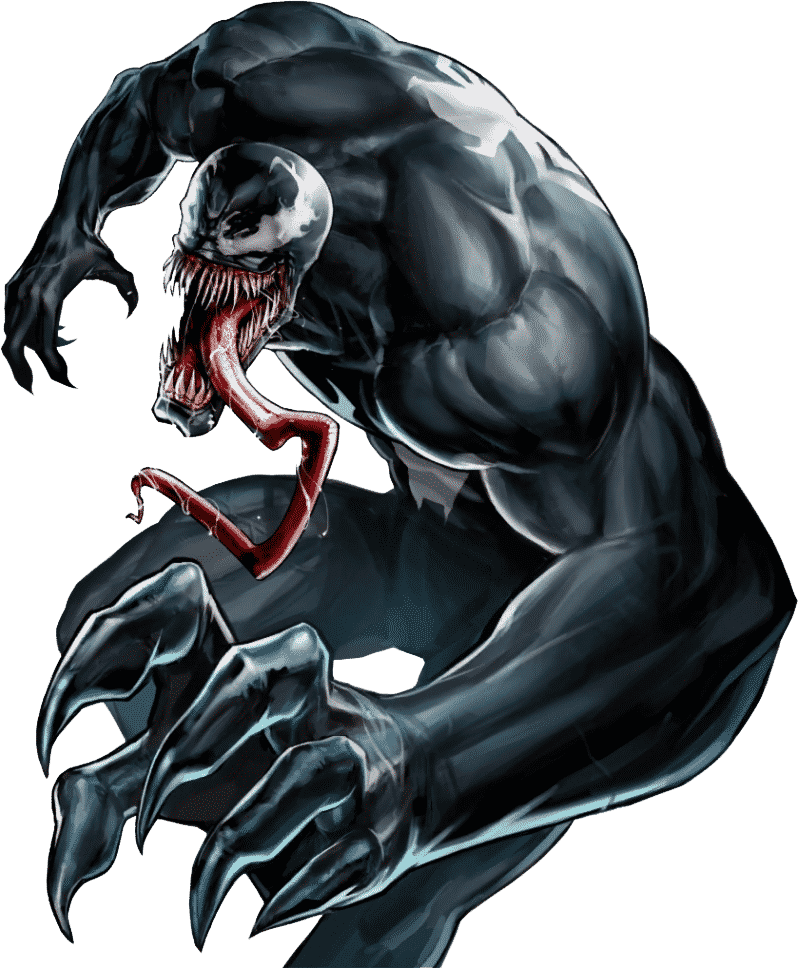 Everything You Need To Know About Comic Book Investing.

Now only $19.99 for our How to Invest in Comic Books guide and access to other info.

Comic book investing is harder than most think! Successfully Investing in comic books requires decades of hard earned knowledge BUT we give it to you for only $19.99! Our comic book investing guide breaks it down into simple to understand fundamentals. We also keep a list of hot books that you can invest in.

In no time you will be a master at comic book investing and flipping comic books.

GET THE GUIDE TO START MAKING MONEY NOW!

Secrets About Where To Get The Best Deals

Secrets Strategies To Get The Best Deals

How To Identify Hot Books

Learn the Lingo of the Pros

Learn the Language and How To Grade Comics

Learn How To Sell Comic Books

Our Guide Will Show You How To Invest In Comic Books & Make Money Right Away! 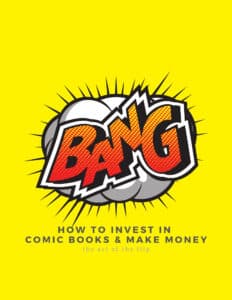 Become an Expert in a Short Amount of Time! 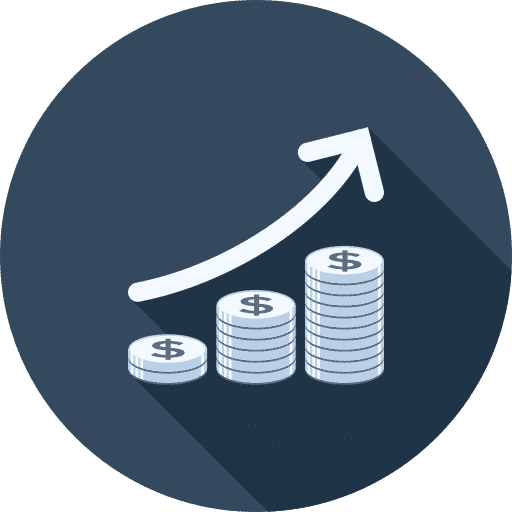 Take a quick path to success by learning from our expertise and the mistakes made by others so you will be set up to succeed and make real profits!
GET THE GUIDE 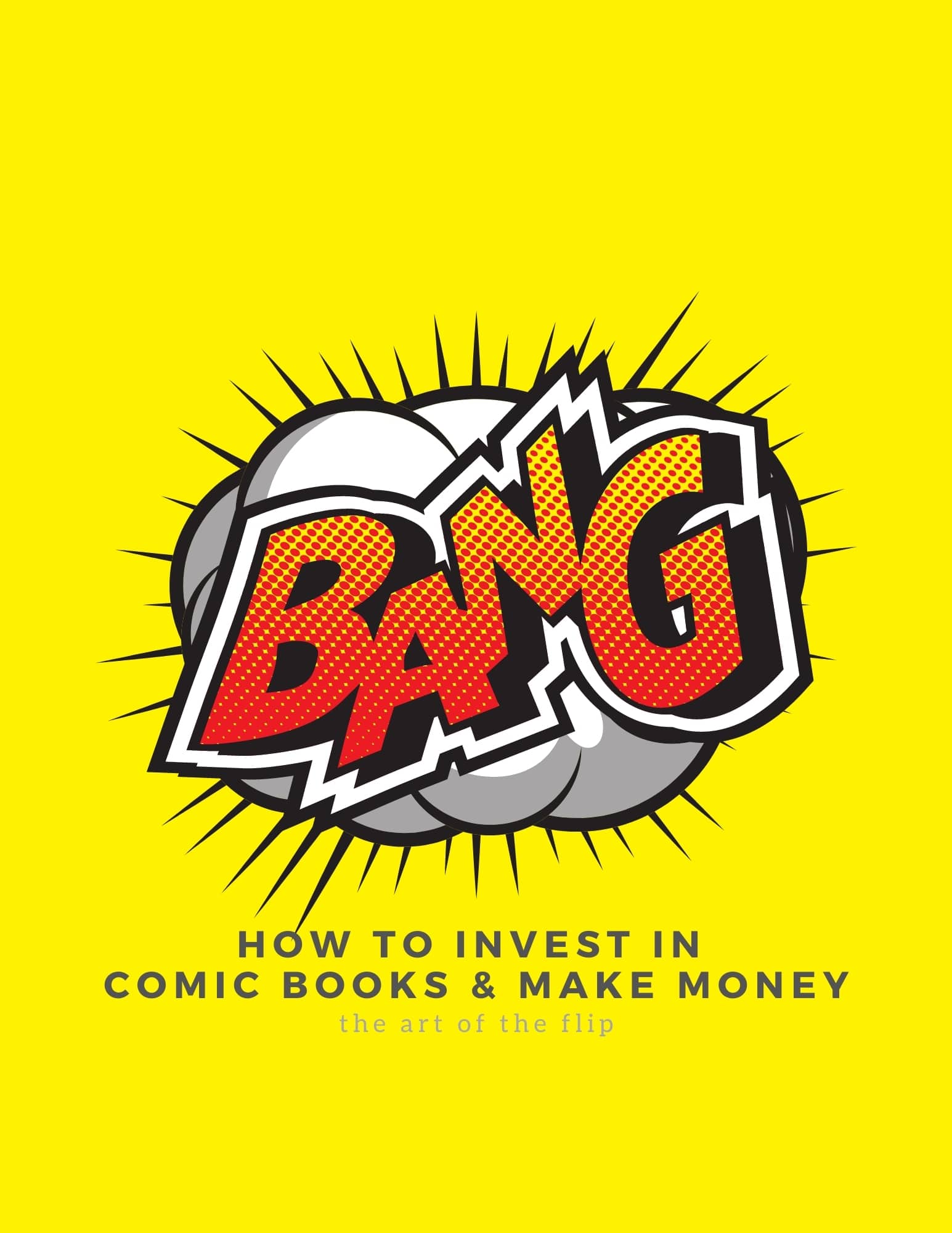 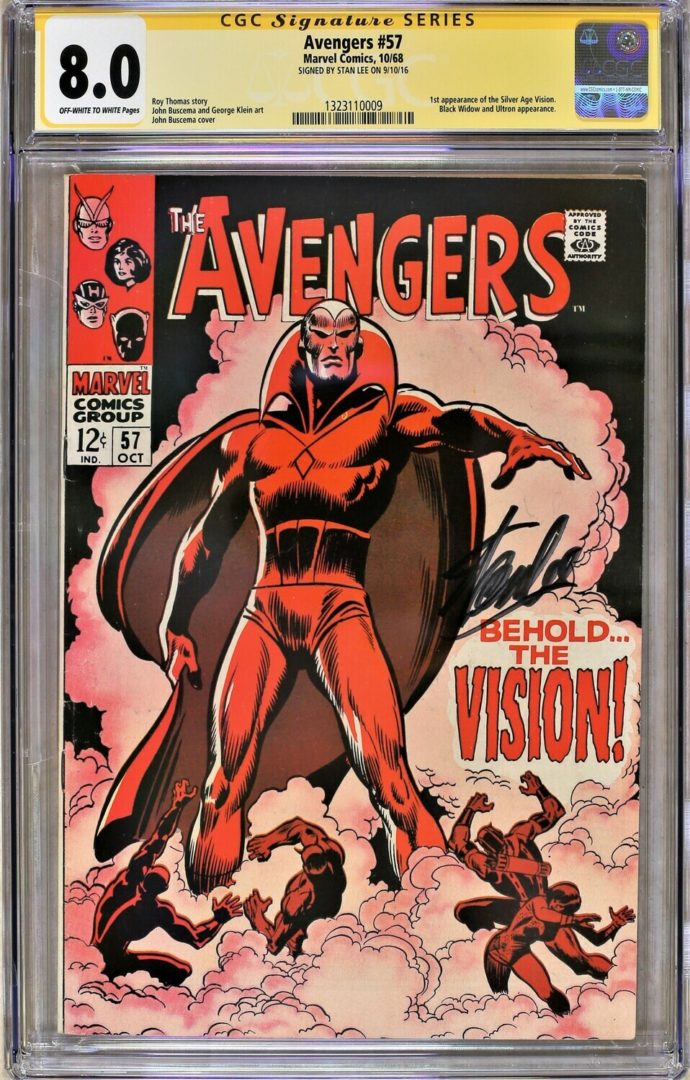 Learn From Others’ Mistakes


We present examples and case studies detailing common mistakes made by comic book investors so you don’t have to make them! 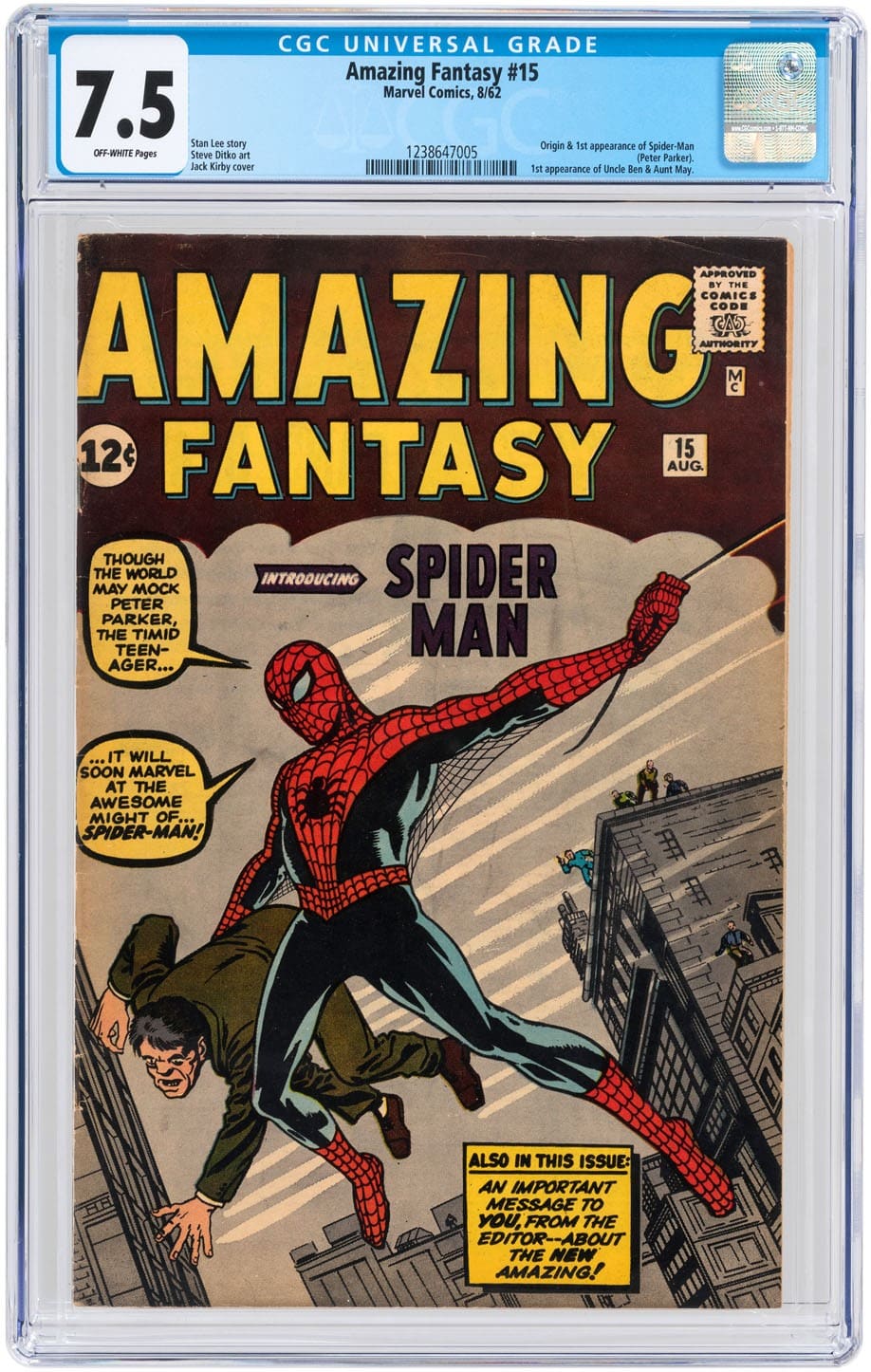 Every comic book collector has that holy grail that they want to someday have in their possession. Our comic book investing guide will help you invest and flip comic books until you can have it! 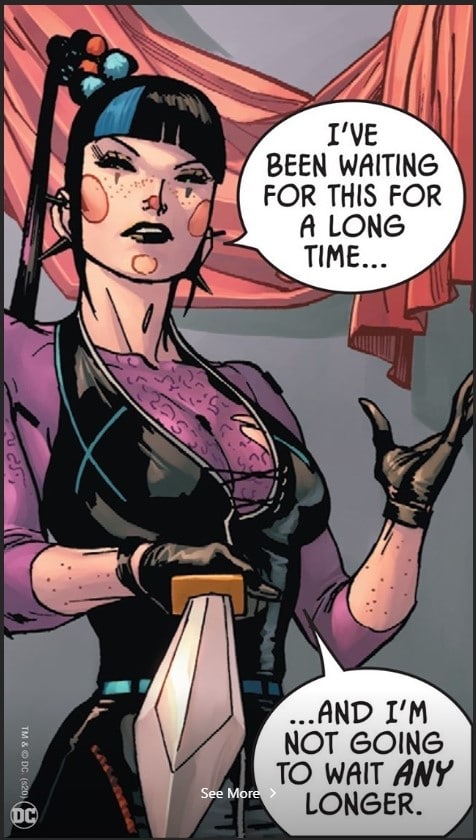 Whether your goal is to get that holy grail comic book or to invest in comic books to make money and build your wealth, this is the investing guide for you!

GET THE GUIDE TO START MAKING MONEY NOW!

Should You Invest in Comic Books? Top Tips For Comic Book Investing

Given the complexity and volatility of the stock market, many investors have started considering investing in alternative assets, such as real estate, gold or cryptocurrency. For those seeking a enjoyable, tangible way to diversify their portfolio, investing in comic books could be the answer to their woes.

Driven by the prevalence of top-grossing hit movies featuring comic book superheroes, and backed by growing attendance at Comic Cons around the united states and other countries, interest in comic books is on the rise.

And with companies like eBay and Multiverse Comics providing comic book investors easy access to compare and find comics from around the world, some of the rarest comics are now worth millions. Consider Detective Comics #27 (1939), which introduced Batman and is currently valued over $1 million, or the first Superman comic book, Action Comics #1, which fetched $3.2 million at auction years back.

But it’s not just the older books that are valuable. Comics from the last 40 years are also becoming collectible. Some have jumped in value from a few dollars just five years ago to $50 to $100 today and higher is they are graded at a 9.8. For example, consider Ultimate Fallout #4 which was published in 2011 and is currently valued at over $1,000 today if graded as a 9.8. This makes investing in comic books a potentially lucrative investment choice if you buy them for $4-5 each. And intelligent comic book investors can make good returns on comic books, but only if they treat their comic book investing it like any other serious investment.

So what are the best comic books to buy for investment? And how do you know if a comic book is valuable? Let’s discuss investing in comic books, from where to find them to how to store them.

So, You Want To Invest in Comic Books?

Like any other investment, the first step to investing in comic books is to learn everything you can about the comic book industry. Attend local Comic Cons, visit reputable comic book shops near you and talk to experts such as Dr. Brad Ictech. Follow auctions on eBay or Comic Link to see what’s selling and for how much on average. Frequently, you will notice a rise in popularity for certain comics when a character is set to appear in a new movie or tv show.

However, comic books are about more than just the top-tier characters. By expanding beyond the big names, you’ll become a wiser investor. For example, some heroes from the Golden Age (1930s-1950s) are very popular today. The highest ranking characters include Catman, Black Terror, The Destroyer and Phantom Lady. That’s despite the fact that their books are no longer in publication.

Decide What Type of Comic Book Investor You Want to Be

The next step in investing in comic books? Like any other tangible asset, you’ll need to decide on your budget and how much you want to invest every month. Some weeks you might buy anything and some you might spend your whole budget. There is room in the comic book investor market for small and large investors alike. That means anything from $10 to $1 million or more.

Long-term investors should consider choosing comic books that have traditionally shown slow, steady growth. For those, pre-1980 books are the best choice. These are comic books that have appreciated in value over time and will likely continue to do so. For example, in 2010, people who bought a $3,000 copy of Amazing Fantasy #15 (1962), which marked the first appearance of Spider-Man, could see that same comic book worth approximately $140,000 today if it was high grade.

For short-term comic book investors, they should try to buy comic books before they get hot, with the intention of selling them before interest wanes at or before their peak popularity. These are comics that have been out for just a few months that are selling from $30 to $100 when they could have been purchased for $4-5. Many times, these “hot comics” revolve around new characters or upcoming movie releases that showcase a superhero or character in a comic.

A great example of a successful short-term investment was when speculators bought Thor #1 featuring the 1st appearance of Jane Foster as Thor. The comic book went from a $20 comic to a $100 comic, ungraded in a matter of days. CGC/CCBS 9.8 graded copies went up to $300 all in a relatively short amount of time.

But keep in mind, the short-term market can be extremely volatile just like penny stocks, and these purchases are more of a risk. For example, speculators who purchased Green Lantern #7 a year before the Green Lantern movie came out in 2011 saw potentially enormous profits, but only if they sold within a few months of the news of the movie. If they waited until the movie premiere, they probably ended up losing money, because the movie was a flop. This is typical of these types of investments.

How to Determine the Best Comic Books to Buy for Investment

How do you know if a comic book is a worthwhile investment? Many things impact a comic book’s value, including: the significance of the issue in the arc of the series; the popularity of the artist, writer, or main character; the rarity of the comic book and the book’s grade or condition (Fair, Good, Fine, Very Fine, Near Mint, etc.).

To review a book’s current value, check out the latest edition of The Overstreet Comic Book Price Guide, which is regularly updated with new prices and market data. It can also help you understand more about how collectors grade a comic book’s condition and help you avoid getting ripped off.

One of the exhilarating aspects of comic book investment is anything can happen! For example, Baby Boomers are currently selling off their collections on Facebook. As a result of this trend, all kinds of gems are appearing on the marketplaces for the first time in decades. For savvy investors, this presents an array of new opportunities.

Remember that it is important to protect your investments so you should store your books in a cool, dry place, out of the sun. Golden and Silver Age comic books may have been originally intended for kids; however, they deserve to be treated like any other tangible investment—with respect and care.

GET YOUR GUIDE & START THIS WEEK 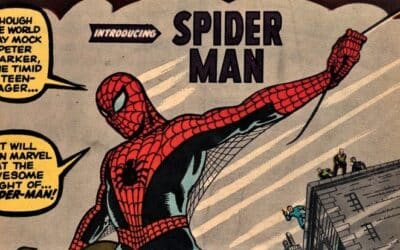 How To Start Collecting Comic Books And Make Money

New to comics and want to know how to collect comic books? First, you should get this comic book guide - here. While most comic book collectors can vividly remember the comics they read cover to cover and collected during their childhood, some collectors might not...

What is Comic Book Investing?

How much money can I make in 1 month of Comic Book Investing?

How many strategies are there to Comic Book Investing?

Comic book investing poses minimal risks compared to trading stocks. The price of a key issue comic book rarely makes drastic drops in value and thus gives the holder time to sell their comic. The same holds true for comic books that are valuable because they are rare or in high demand.

Save $10 with Promo Code TellAFriend. Earn Points with Every Purchase! Dismiss