Comics for Girls: Comic Books Any Young Girl Would Enjoy 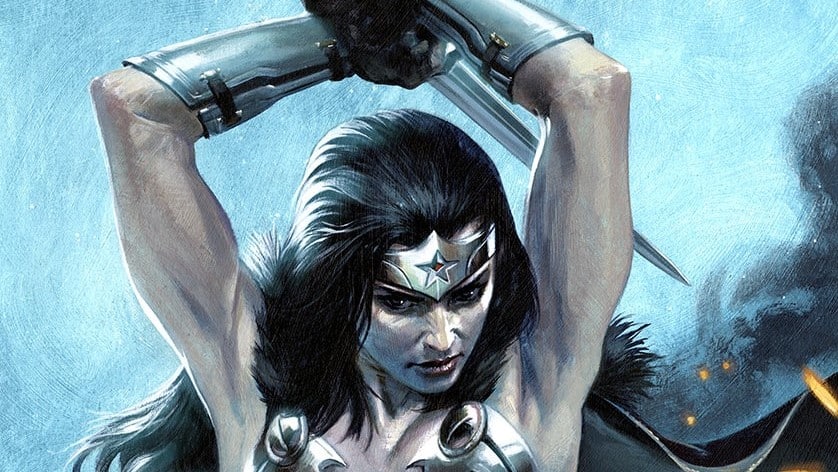 Comic books for girls is a topic that has been discussed throughout the years in the industry. The top publishers like Marvel and DC have always maintained an interest in appealing to their demographic, but the results have been somewhat mixed. Yes, there are more comics made with women and girls in mind, but the comic book industry is still a male-centric hobby and it’s very likely to stay that way for some time simply because a larger percentage of boys are socialized to like superheroes than girls. For the comic book industries sake, we hope that these percentages even out among the genders and even increase. If you ask us, more kids need to be exposed to their favorite superheroes in comic books as opposed to just in movies and cartoons. The lessons learned and increased literacy that comes with reading comic books is extremely beneficial to society.

Regardless, it’s important to not neglect other potential demographics and this is why there are a couple of great comic books for young girls to enjoy out there. In the following list we’re going to present you the ones we feel are the best choices to get young girls into the medium:

This may not sound like the most appealing comic book for young girls, but our research has proven that Lenore, the Cute Little Dead Girl is actually quite popular among that demographic.

Created and written by Roman Dirge, this comic book series tells the story of the title character’s unlife and her friends in a small town named Nevermore. The comic relies a lot on dark humor and twists that make it a very appealing and sometimes disturbing look, but always maintaining that weird charm that makes these stories work in such an effective manner.

You can buy the different volumes on Amazon.

The indie comic scene always has a few interesting books that can very appealing and one example of that is Kamen America, made by long-time partners Tim Lim and Mark Pellegrini.

This book tells the story of Charlotte “Carly” Vanders, a young woman that always wanted to a fashionista since she was a little girl but who was constantly blocked by different obstacles and people to achieve that dream. As she continues to struggle in adulthood to achieve her goals, she goes through an accident that turns her into a superhero and decides to use her powers for good.

Now having to juggle being a superhero, a fashion designer and being pushed by different types of people, Carly chooses the name Kamen America and her own destiny as her country’s protector.

This books plays a lot as a parody to Marvel’s Carol Danvers, but if you stop at the comedy you’re doing yourself a disservice: Kamen America is a funny, entertaining and delightful story about choosing your own destiny and be what you want to be, even if the rest of the world believes that it’s not right. Carly is constantly told that her dreams are not the “right ones”, but she carries on and that kind of attitude shines through when she becomes a superhero.

Sadly, this comic was done through crowdfunding so it’s currently sold out, but you can keep track on their website, Iconic Comics, for future sales and follow both Lim and Pellgrini through social media.

Batman is a character that has proven to be very popular among all kinds of demographics and in terms of comic books for young girls, Hush might be the best choice because it’s a storyline that shows most of his rogues gallery, his supporting cast and the different elements and facts that you need in order to understand the character well, thus being a very interesting entry point.

There is a new enemy on Batman’s life, who is constantly outdoing all his plans and getting all his villains to work together on a strategy to take him down. Add to that an evolving relationship with Selina Kyle, the Catwoman, and a childhood friend that comes back to Bruce Wayne’s life to make it all worse and you have a very complicated challenge for the Dark Knight.

Written by Jeph Loeb and drawn by Jim Lee, Hush is an action blockbuster that is written with extremely good characterization, beautiful art and with a clear and straightforward plot. Sure, it has a mystery going on about who Batman’s new villain is, but it’s done in a way that is easy to digest and understand.

If you ever wondered how to get girls into Batman, this comic has action, mystery, romance and a lot more.

Of course, we cannot do this list without the most famous and important female comic book character of all time, Wonder Woman. And what better comic book of hers for young readers than George Perez’ legendary run?

Perez took the title in the wake of the Crisis on Infinite Earths reboot and drew and wrote Princess Diana’s origin and early steps in the world of men, revamping the mythos and stories with a more modern and energetic feel to it.

This run is widely considered as the best in the character’s long history and you can find it on Amazon divided in three omnibuses, so your little girls are going to have a lot of comics to enjoy with everybody’s favorite Amazon!

Becca starts out as a normal college student, but things start to change once her soul is thrown into a world of magic, monsters and a lot more. Trapped in a reality that is extremely unknown to her, she must find a way back before it’s too late and her soul crosses the void between both realms.

Heartfelt, fun and very well-written, you can buy SoulBound in Other Realm Studio.

And since I mentioned that was inspired, how about we talk about the original? Carol Danvers has been having a very up and down career throughout Marvel’s history, with many writers failing to make her stick (an issue that is going on even to this day).

But in 2006, writer Brian Reed took the title of Ms. Marvel and managed to give Carol a very defined purpose: after the events of House of M, where she lived a reality where she was the world’s most popular superhero, she decides to live up to her potential and this series shows how she does her best to achieve said goal.

The series is beautifully drawn, the written is tight and to the point and each plotline flows in a natural manner. It’s a bit complicated when different events are thrown into the equation, but Reed is a pro and manages to make it all look coherent within the book. Add to that his characterization of Carol, which makes her both likeable and flawed, giving her space to grow through the four-year run.

A superhero team that has gained a lot of attention this year because of the film starring Margot Robbie’s Harley Quinn, it’s worth pointing out that the comic book version of the birds of Prey is very different, but still very enjoyable. In fact, a lot more enjoyable.

Barbara Gordon, former Batgirl and now internet hacker mastermind Oracle, teams up with Black Canary in order to form a vigilante strike force named Birds of Prey. Along the way we’re going to see the team getting new allies and also guest appearances of popular characters of the DC universe such as Nightwing or Robin.

It’s also worth pointing out that this comic is written by one of DC’s finest writers of the last thirty years, Chuck Dixon, so that is a guarantee for a great book.

Spider-Man, much like Batman, is a universal character and there are stories of his that appeal to every single demographic. If young girls want a more emotional and romantic story of Spider-Man, then Blue, by Jeph Loeb and Tim Sale, is the perfect story for you.

It retells the story that ended with the death of Peter Parker’s former girlfriend, Gwen Stacy. On the present day, it is Valentine’s Day, and Peter feels “blue” because of how much he misses Gwen, so he takes a tape recorder and starts narrating the story.

There are some changes here and there and Loeb’s version of Peter and Gwen’s relationship is certainly more idealized than what it actually happened in the comics, but the story is very enjoyable, Tim Sale’s art is as beautiful as usual and there is a truly emotional component to this comic that is going to very appealing for girls.

Nightwing is a character that has a very strong female fanbase. It’s easy to see why: he is not only a very good–looking man, but he is also very capable, intelligent, compassionate and willing to go the extra mile to protect others. All of this is perfectly shown with his first solo outings by writers Denny O’Neil and later by Chuck Dixon.

Both writers move Dick Grayson from Gotham City and relocate him in Bludhaven, a city filled with crime, villains and mortality in the worst possible manners. It’s up to Nightwing to bring justice to a place that hasn’t seen it in years.

Fun, well-written and with one of DC’s top characters, this is a comic book for young girls that may not be viewed as such, but it can be enjoyed a lot by them.

A book that has a very strong female fanbase, Neil Gaiman’s The Sandman is not only a fantastic comic book for young girls, but also one for people that perhaps are not interested in the medium as a whole. It has a lot of horror and fantasy elements that are more reminiscent of classic literature, so that is something worth taking into account.

This first volume tells the story of Dream (also known as Morpheus and through other names in many different points of his creation), who has been a prisoner for over 70 years. Once he is finally free, his personality, which used to be cruel and violent, has gone a bit softer and has decided to take the kingdom he once had and make up for his past sins in the realm he lived in, which is called the Dreaming.

Insightful, with a lot of fantasy elements and very philosophical questions, The Sandman manages to combine all that with a very gothic vibe that has made it all the more enduring and endearing throughout the years. It’s a fascinating story and one that has managed to reach a lot of people, regardless of age, gender, nationality and a lot more.

GET A COMIC BOOK SUBSCRIPTION!